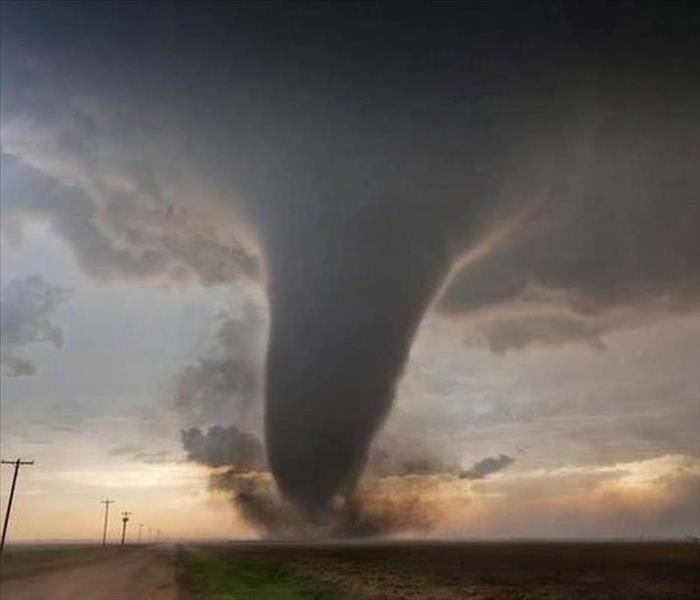 A Supercell Tornado Ravages the Central Plains of America

Toto, We're not in Kansas Anymore...

We are all aware of the recent tornado warnings that have been broadcasted across The Weather Channel, and how much of an abnormality they are in this part of the country. Normally, our knowledge of tornadoes comes from blockbuster dramas like Twister, or Storm Chasers – but what are these weather anomalies really like?

What is a Tornado?

A tornado is a funnel-shaped vortex of violent winds that form under a major storm system. Wind speeds can reach anywhere between 65mph to upwards of 300mph, depending on the scale of the tornado.

How do Tornado’s form?

According to the National Severe Storms Laboratory, tornadoes come from the energy released in a thunderstorm.

Supercell tornadoes develop from a rotating updrift. One theory on how this rotation begins is that a column of air begins to rotate from wind shear, which is then fed by warm, moist air flowing in at ground level.

Non-supercell tornadoes form from a vertically spinning parcel of air already occurring near the ground, caused by wind shear from a warm, cold, or sea breeze front, or a dryline. When an updraft moves over the rotation, and stretches it, a tornado can form.

There are still many unanswered questions scientists face when examining supercell and non-supercell tornadoes, but with the help of modern technology and equipment, we are making strides towards learning more about these super storms every day.

What do to in the event of a Tornado?

When the tornado sirens sound, you may only have minutes to find safe shelter. It is recommended that you bunker down in your bathtub if an underground shelter isn’t available.

A bathtub is a great form of shelter given that they are strong, sturdy objects which are piped directly into the ground. Normally, bathtubs and loo’s are the only remnants of a home left after a tornado has passed through it.

One incredible story of survival comes from a 60-year-old woman from Louisiana who hid in her bathtub as a tornado was ravaging her home. The tornado picked up the tub, while she was hiding in it, and carried it to a wooded area not far from her home. Miraculously, the tub was placed gently on the ground, and she suffered only minor cuts and bruising.